Home » About Us » Leadership2 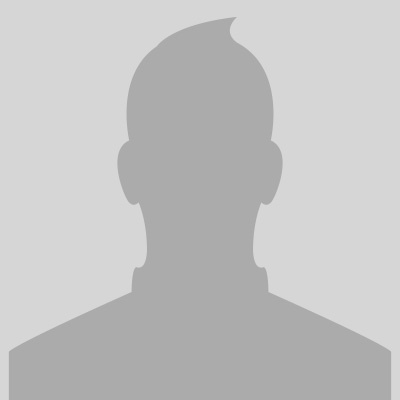 Mr. Gaffney has a wide array of experience working with nearly all types of devices and environments within the IT Communications industry. Mr. Gaffney has held various management and technical positions at the Department of Defense (US NAVY), Semper Home Loans, and CMIT Solutions. Mr. Gaffney is well-versed in a variety of equipment and IT environments, ranging from high-security, high-risk global networks to regional networks in the SME and enterprise space. He is currently responsible for the high-level network design and ongoing operations at NAN, which includes its 10G backbone and regional data centers, dark fiber operations, its VMware-based cloud platform, and its application delivery platform based on the Microsoft service provider suite. Mr. Gaffney holds several industry certifications in VMware, Cisco, Microsoft, Fortinet, CompTIA, and holds a Secret Level Security Clearance. He received his Bachelors of Science in Network Engineering from the New England Institute of Technology, located in Warwick, Rhode Island.

Mr. Amorelli has over 10 years of experience leading operations, strategy, project management, and implementation for diverse, specialized, customer-success centric organizations. Mr. Amorelli leverages analytics-based, project-oriented leadership to build successful and profitable ecosystems for organizations, customers, and partners. He led the successful development and launch of the Burton Corporation’s global LMS platform, orchestrated and led complex and compliance/regulatory standards sensitive organizations to/from CRMs and ERPs, owned mid-large scale implementation projects for one of the fastest-growing software companies of all time (Toast: Ranked #3 on Deloitte’s “Fast 500” of 2017), and most recently has served as Head of Operations for the preeminent Supply Chain AI and Analytics software company, Siena Analytics; Managing Project Management, DevOps, QA, and all post-sale customer-facing functions for Fortune 50 organizations including Walmart and FedEx. Mr. Amorelli is a graduate of Full Sail University and holds an M.S. in Business Intelligence.

Larry Cushing has been a technology leader for more than 25 years, starring as a consultant and in-house management guru overseeing complex migrations and strategic planning for Fortune 500 companies, both domestic and global. He was a trail-breaker in the managed services arena. In 2007, he founded a New England-based company delivering a full set of services to businesses, including virtual CIO. In 2014, he sold that company to DSCI, now a division of TPx. From 2014 to 2020, he served as TPx’s VP of Sales Engineering and the Chief Technology Evangelist helping guide the company’s strategy as the premier national Managed Services Provider. Today, Larry lives in Readfield, Maine and has two children.

Ms. Keen has over 20 years of experience in the financial field holding leadership, analyst, and controller positions at PricewaterhouseCoopers, LLP, Progress Federal Savings Bank, Natura Lawn of America, and others. Ms. Keen is responsible for overseeing the financial operations of NAN including internal and external contract negotiations, compliance and regulatory activities, and overall AR and AP management. Ms. Keen has been working at NAN for nearly a decade and enjoys an intimate knowledge of the telecommunications industry and the complex interactions between carriers and service providers, and has extensive experience in banking relationships. Ms. Keen received her Bachelor of Science in Finance from Penn State University, University Park, Pennsylvania.

Mr. Chorlian is responsible for evaluating carrier contracts with NAN providers as well as participating in the front-line negotiations to establish on-going business relationships. Mr. Chorlian is also responsible for maintaining, updating, and negotiating the various enterprise and wholesale contractual documents NAN provides to its clients. Finally, he is responsible for the review of telecommunications compliance documents for NAN’s technical operations. Previously, Mr. Chorlian was a Partner at Orr & Reno of Concord, New Hampshire, participating in a multitude of areas, including executive compensation packages, mergers and acquisitions, telecommunications contract negotiations, bankruptcy proceedings, and estate and property management. Mr. Chorlian is a graduate of Harvard Law School, Cambridge, Massachusetts.

Put our experts to work on your business.